In 2015, we were the first to show that high pressure reverse osmosis (HPRO), if realized, could save energy relative to thermal technologies. 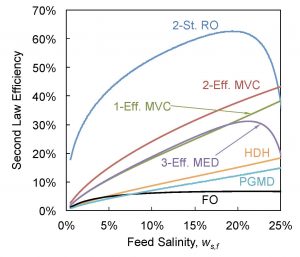